It has been far too long since we’ve talked – or rather written. I miss our old exchange of ideas, the conversation, the flow of words, the surprising revelations that only written thoughts make possible.

Oh, Facebook can be very charming. I appreciate the news of babies I would not have heard of, job successes and health problems and hilarious videos and pictures. I enjoy all of this. The trouble is, END_OF_DOCUMENT_TOKEN_TO_BE_REPLACED

[Note: I’ve just re-discovered this draft from several years ago. I’m feeling a bit self-conscious about posting it, because it’s so different from my usual stuff, and most of my readers won’t care, and the example photos, being from my own real life, are so obviously not perfect, but one of my goals for this year was to burn through the backlog of prepared posts I have sitting around. So, here goes, and bear with me.]

A little bit of a departure from the usual subject matter, but yesterday we wandered through Crate & Barrel and I started thinking about how it really does require thought and effort not to end up with a house that looks exactly like everyone else’s. And yet there are a few blanket rules that make that effort almost certain to be successful. 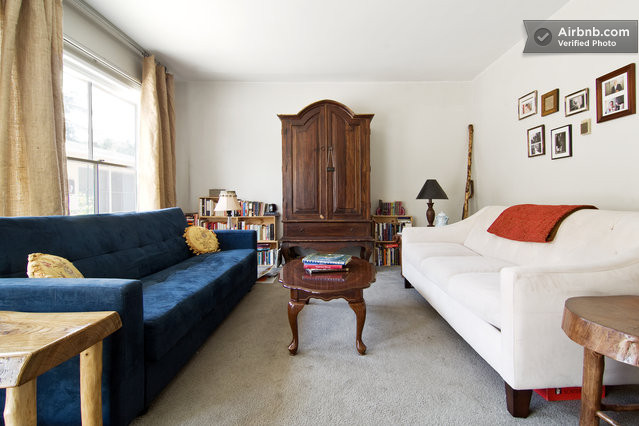 “Don’t ever hoard buoys like that,” Allyson says as we hurtle down a country road. “The lobster mafia is real.”

I barely catch a glimpse of what she points at, but I know what she means. Every so often I’ve seen small houses almost completely covered by buoys in every combination of colors. Naïve urban outsider that I am, I had assumed they were meaningless kitschy decorations, like those old metal Coca-Cola signs you can buy at a certain type of antique store. END_OF_DOCUMENT_TOKEN_TO_BE_REPLACED

After driving for about 10 miles through a very pretty kind of nowhere in particular, the road curves around to the right and you suddenly become aware that you are entering a village. A blink-and-you-miss-it road turns left to the country club. Before you is the Commons, a medium-sized field with a gazebo (and frequently a craft fair or farmer’s market), rimmed on two sides with a lot of old wooden houses and a crab shack. It is balanced on the right by the Traffic Triangle, grassy and adorned by a stone statue of an as-yet-unidentified man. END_OF_DOCUMENT_TOKEN_TO_BE_REPLACED

Lately, I admit, I’ve been fudging the posting timeframe a bit. So, to make some amends, a bonus post with links to some helpful articles I ran across this week.

First, an interview that takes the ethics of everyday decisions to a whole new level:

Then two posts that made me feel both better and worse about my productivity levels:

From the Wall Street Journal, why some people can sleep so little and get so much done.

For a small group of people—perhaps just 1% to 3% of the population—sleep is a waste of time. Natural “short sleepers,” as they’re officially known, are night owls and early birds simultaneously. They typically turn in well after midnight, then get up just a few hours later and barrel through the day without needing to take naps or load up on caffeine.

From Rands In Repose, a discussion of how creativity can be harnessed.

Those who do not understand creativity think it has a well-defined and measurable on/off switch, when in reality it’s a walking dial with many labels. One label reads “Morose and apathetic” and another reads “Unexpectedly totally cranking it out”. This dial sports shy, mischievous feet – yes, feet – that allow it to simply walk away the moment you aren’t paying attention, and each time it walks away, it finds a new place to hide.

Finally, a long, beautiful, depressing and inspiring story about an experiment in which a world-famous violinist played for a crowd of commuters.

Each passerby had a quick choice to make, one familiar to commuters in any urban area where the occasional street performer is part of the cityscape: Do you stop and listen? Do you hurry past with a blend of guilt and irritation, aware of your cupidity but annoyed by the unbidden demand on your time and your wallet? Do you throw in a buck, just to be polite? Does your decision change if he’s really bad? What if he’s really good? Do you have time for beauty? Shouldn’t you?